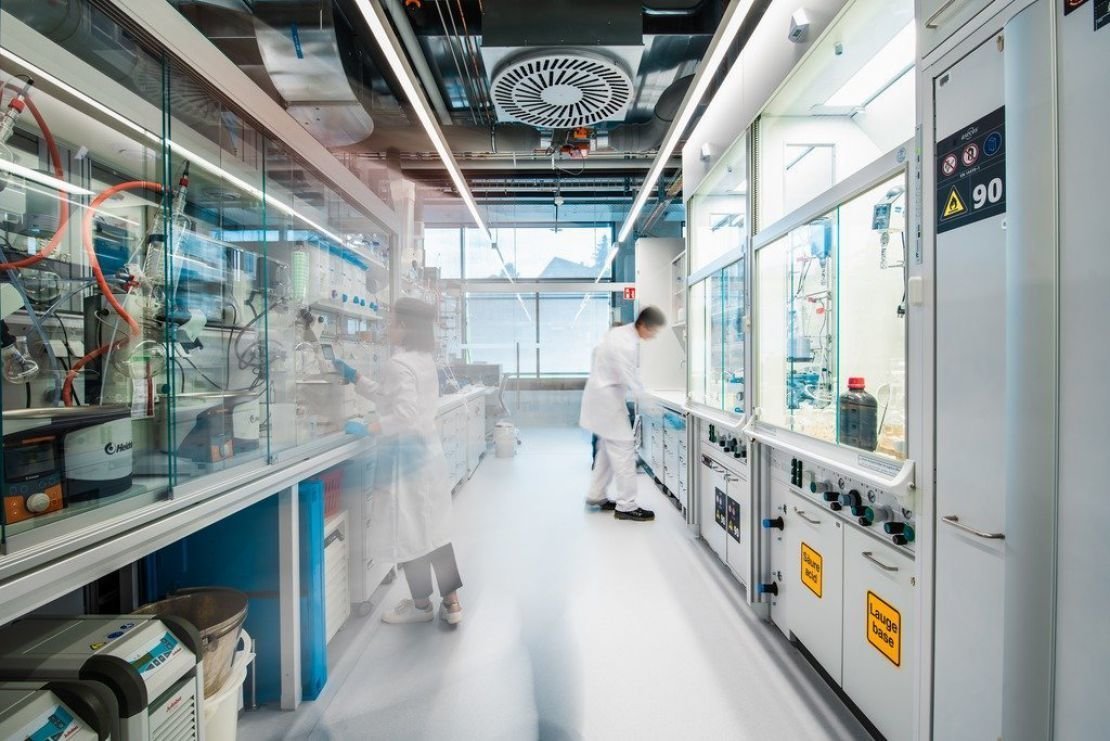 Natural products are increasingly finding their way into consumers' bathrooms. Givaudan has recognised this need and is increasingly focusing on sustainably produced ingredients.

Popular fragrance now made from sugarcane

A Givaudan research team in Kemptthal has investigated how the popular and widely used perfume ingredient Ambrofix can be produced in a sustainable and carbon-efficient way. The team developed a novel biotechnological process using sugar cane as the basis.

The process is fully in line with Givaudan's sustainability approach "A Sense of Tomorrow" and the company's commitment to maximise the efficient use of carbon resources. The resulting fragrance contains all carbon atoms of the bio-based raw material, thus avoiding any CO2 emissions.

This new process starts with the fermentation of sustainable sugar to produce Ambrofix, which is readily biodegradable, 100% naturally derived while maintaining 100% renewable carbon. To produce one kilogram of Ambrofix with the new process, one hundred times less area is needed to cultivate the cane as compared to the traditional production method. The olfactive properties are identical to those of the traditionally produced fragrance.

Ambrofix was first described in the 1950s and has grown in popularity as a favourite among consumers and perfumers due to its powerful, high stable ambery note. It is used universally in consumer products ranging from household and personal care items such as laundry detergents and shampoos to fine fragrances.

This innovation is a vivid example of how Givaudan is responding to consumer demand for safe, high-quality and responsibly manufactured products and is breaking new ground in developing sustainable fragrance ingredients for the future.

«I believe that alternative ways of making iconic molecules such as Ambrofix by biotech contributes significantly to our sustainability approach at Givaudan, delivering on our FiveCarbon Path™ approach. Thanks to the collaborative effort of many experts, maximizing methods of green chemistry and biocatalysis, we remain committed to innovate responsibly.»

Givaudan is the world leader in the production of fragrances and flavours. Working closely with partners in the food, beverage, consumer goods and fragrance industries, Givaudan develops flavours and fragrances that delight consumers around the world. With a passionate commitment to understanding consumer preferences and a constant drive for innovation, Givaudan leads the way in creating flavours and fragrances that "indulge your senses". In 2019, Givaudan achieved sales of CHF 6.2 billion. The company is headquartered in Switzerland and has a presence in over 180 locations. It employs over 14,900 people worldwide. Givaudan invites you to learn more at www.givaudan.com.

More on the subject


"The ultimate reward for innovation is market success."

Innovation as the cornerstone for a successful future

"I am motivated by seemingly unsolvable problems"

"What innovation is all about"

"Innovation is key to the challenges of the future."

"The ultimate reward for innovation is market success."

"Innovation requires openness and the willingness to accept risk"

"I’m challenged by problems that can't be solved overnight."

The future lies in personalised medicine

Welcome to the medicine of the future!

Spirit of innovation for the world of tomorrow